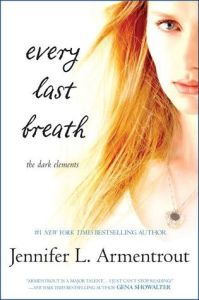 As you can see from my previous review’s, the covers to White Hot Kiss and Stone Cold Touch were steamy, attractive, and perfect (and with a little shimmer in print). On April 8 she revealed the final cover (shown above) and proceeded to change the other covers as well.

I saw the cover on Goodreads and totally just muttered to myself, it’s just like Winter it’s a fake. It’s gotta be fake. Unfortunately when I got the idea to do a post about my excitement and anticipation for this book, I searched for the cover on her website and the worst nightmare became the reality.

The covers of her Lux Series changed on the last book (though the fourth one hinted at a change) but it was understandable. The models on the other four (five including the novella) were over used and on many other books. They simply weren’t attracting new fans. So they came up with a new cover, placed two books bound as one, and marketed them in time for the finale. I was disappointed at first but then I came to love the cover and the new designs that came with it.

Here’s the first five (the novella on the far left):

These covers are gorgeous, and the material is luxurious. I mean just look at those abs on Daemon in Origin. Then this cover was released and the daydreams that my friend and I had conjured up went crashing down.

We still get Daemon and the slight retreating silhouette of what I can assume is Katy. I loathed it at first but the glittery cover lured me in.

Unfortunately, JLA pulled another cover change on the series finale and is causing me to have serious doubts about my enjoyment of her covers. If — or rather when — I read another one of her series, I won’t fall in love with covers until it’s all over. Because, I’m sorry, but this is a disappointment. It looks like a fan cover compared to the rest.

Though I do know not to judge a book by its cover so I’m hoping that this final book is as good as its predecessors.

Three more months until this lovely book reaches my hands.

One thought on “Every Last Cover Change”